My son is AJ Fernandes.
AJ was a beloved member of his class, of his workplace, and of the community.
He started playing football in 8th grade
and played all the way through high school.
He was a captain and starting quarterback for the Falmouth Clippers.

During his senior year in high school, AJ suffered four concussions.
His second concussion was so bad that it changed his body temperature.
I saw this when I was called in to the locker room during a home game.
His body was heating up and he was crying hysterically. It took me some time to calm him
before I took him to the emergency room.
At that point, I had asked the head coach to bench him, and his response was
that AJ was over 18 years old and unfortunately, he couldn’t make him stop playing.
I asked him not to play anymore, but he was cleared by the medic and his doctor.
Football was his passion…. Being an athlete almost his whole life.

AJ was the life of the party, the first person to reach out to new students,
and befriended everyone he met.  He was part of the No Guff program (anti-bullying),
a student mentor, a doting uncle, loving brother, and a wonderful son to this bereaved mother.
I remember many times as he was growing up
that I thought about how easy he was
and used to say he was born with a moral center
​that had little to do with me.
When he died, his friends called him “Falmouth’s superman”.
He was that kid everyone loved, he helped people, he smiled all the time,
and even now, “a smile is contagious” is the motto many use to remember him. 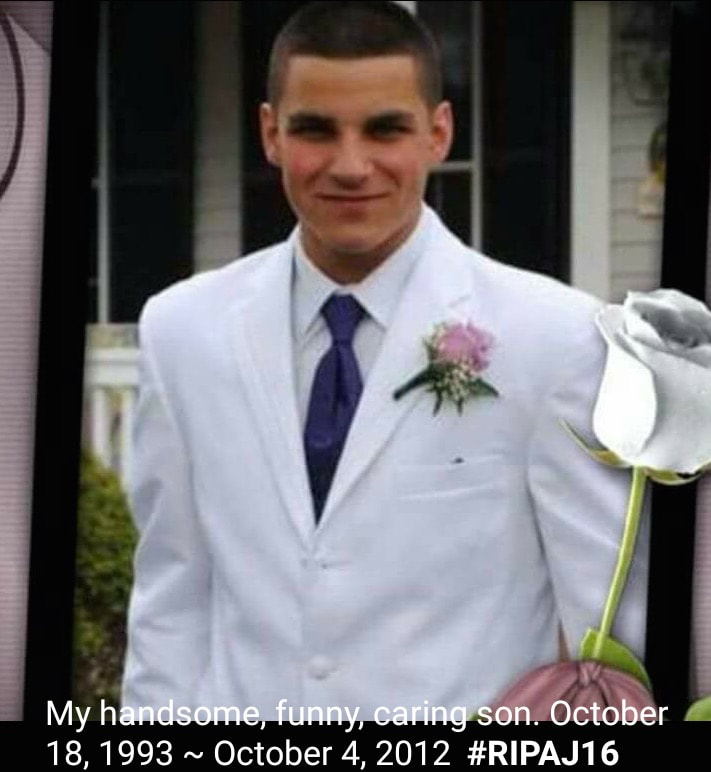 Create your own unique website with customizable templates.
COALITION FOR CONCUSSION-FREE SCHOOLS